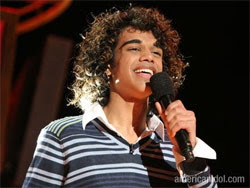 Are outsourced tech support workers in India using their speed-dialing phone resources and technical expertise to keep Sanjaya Malakar on American Idol? That's the chatter we're picking up on blogsites catering to the Desi community ("Desi" in this case referring to people of South Asian descent spread throughout the English-speaking world-- see MTV Desi).

Leading Desi blogsite Uber Desi addresses concerns that "support for Sanjaya equals racism" because of the claim that most of those voting for Sanjaya (a "half-Desi") are of Indian descent or in India:

"MeraGussaII on O3 alleges that the voting for Sanjaya has racial overtones. The blogger alleges that most of the votes Sanjaya is receiving is from Indians or people of desi origin. I say Sanjaya is this year's version of Chicken Little... unless tech support people from call centers in India are dialing in to American Idol on their clock, the majority audience and voters for American Idol is the teenybopper crowd." 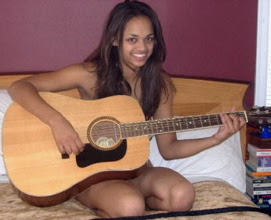 It's an open secret in the television industry that American and UK series featuring phone-in voting by viewers rely on phone centers in India to take calls-- and occasionally, pump up the numbers.

Idol is seen in India on Star World TV, and the Indian and South Asian media have followed the Sanjaya saga closely and prominently-- ever since Sanjaya and his sister Shyamali auditioned.

And it's a shame that big sister Shyamali didn't make it to the finals.

For as you can see from the photo at left, the wide-eyed, innocent-looking beauty was a Hooters waitress in Tacoma!
Posted by tabloidbaby at 3/15/2007 01:31:00 PM

Uber Desi has a post that seems mighty suspicious. Vote For The Worst also claims Sanjaya as their own.

Hula-hips Sanjaya seems like the David Cassidy/Nick Carter of the new world order to us.

She's actually really nice and down to earth, according to her parents. I am a T-Mobile dealer here at Southcenter Mall and I sold them phones. She's cool and her parents are cool too.

I really like it this kind of information..........Great blog post and really helpful...... and your blog are very interesting and inspiring.
Online MBA