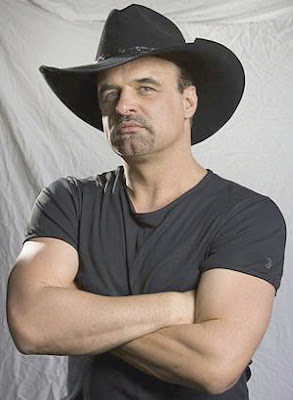 If there was any conspiracy or plot behind the mysterious death of celebrity porn pusher David Hans Schmidt, the mundane details of the final weeks of his life are being rushed out to point to a case of obvious suicide. His brother tells the Arizona Republic that the death Friday was by hanging and that Hans Schmidt hid a problem with depression. He also calls his brother “a conman.” NY Daily News columnist George Rush writes today that Hans Schmidt had phoned him two weeks ago to say he’d tried unsuccessfully to end his life with a belt around his neck ("He was phoning me every other day.I kept saying, 'You got to get yourself some medication.' He said he was on some, but it just didn't work for very long."). His father, who days ago was quoted in a Phoenix magazine article saying he did not love his son, tells the Republic that Hans Schmidt left him a “solemn” answering machine message on Wednesday, saying he was a good role model and parent.

Meanwhile, corporate porn-pushing gossip site TMZ.com has posted two stories on the death. Neither acknowledges-- and both in fact obscure-- TMZ’s close relationship with Schmidt as it built its popularity by marketing "celebrity" sex videos, including the coprophiliac outrage with former child TV actor Dustin Diamond. The first TMZ post included the very misleading line:

The boys at TMZ didn't mention their own complicity in the marketing of the "Screech" sex tape. In the past, we've learned that it's always better to be upfront about such connections.

Most stories point to the fact that Hans Schmidt was facing prison for trying to extort money from Tom Cruise. But a Scientology hit? That's a bit too on-the-money, no? Hans Schmidt’s dealings have pissed off or enriched many other celebrities and demi-celebs. And with the name of ABC-Disney-NBA star Eva Longoria thrown into the mix in recent hours, the following photos represent the latest compilation of some of those who were touched by his work.