The New York Times has its biases and quirks in determining whose life is deserving of mention in its obituaries of record and often leaves us disgusted by its decisions to ignore culturally important figures in New York City and elsewhere. So since her passing on Wednesday, we've kept watch to see if the Times recognized LA-based Internet journalist and commentator Cathy Seipp. We've seen the Times dedicate space to Letterman character Larry (Bud) Melman, child development specialist Dr. Stella Chess, blind federal judge Richard Conway Casey, and moody horror and science fiction score composer Herman Stein, among others. We'd given up. Too LA. Too conservative. But in Monday's edition, she gets her due-- probably because of her East Coast media connections, although two of LA's major Internet journalism figures also get a mention: 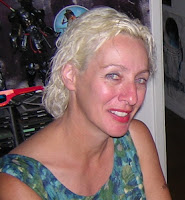 Cathy Seipp, a columnist and blogger who became widely known for poking fun at the liberal leanings popularly associated with her hometown, Los Angeles, died there on Wednesday. She was 49 and lived in the Silver Lake area of Los Angeles.

The cause was lung cancer, said her daughter, Maia Lazar.

Ms. Seipp was widely read on her blog, “Cathy’s World,” which she started in 2003; in a weekly column for National Review Online called “From the Left Coast,” and in a monthly column for the conservative online magazine Independent Women’s Forum.

She also wrote for Mediaweek and Salon and made guest appearances on Dennis Miller’s talk show on CNBC.

“She would laugh about being to the right of Attila the Hun,” Kate Coe, a blogger at Mediabistro.com, said yesterday, “but she wasn’t really that doctrinaire.”

Ms. Seipp was born Nov. 17, 1957, in Winnipeg, Manitoba. Her family moved to California when she was 4. Besides her daughter, of San Diego, she is survived by her father, Harvey Seipp of Los Angeles; her mother, Claire Ungerleider of Los Alamitos, Calif.; and a sister, Michele Seipp of Beverly Hills. Her marriage to Jerry Lazar of Los Angeles ended in divorce.

After graduating from the University of California, Los Angeles, in 1977, Ms. Seipp worked for The Associated Press, The California Apparel News and The Daily News in Los Angeles. In the early 1990s, she began writing a column for Buzz magazine called “Our Times,” offering piercing looks at the inner workings of The Los Angeles Times, which she considered overly politically correct.

“In Medialand,” Ms. Seipp said during a 2002 interview on the Web site lukeford.net, “people often look at you uncomprehendingly if you explain that not everyone in America agrees with the received media wisdom.”

She added, “People with different ideas are not necessarily evil bigots, even if some of them do go to church.”

Well Done. You made me wish I had known her.