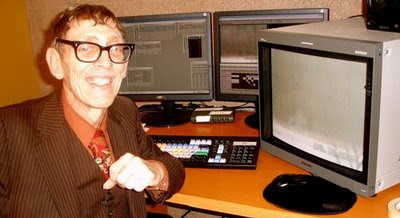 A new California policy that takes effect January 1, 2009 will allow cable television companies to pay cities a fee instead of producing public access content for their channels. That means public access channels that provide a daily collection of independent talk, entertainment and discussion shows will be canceled. That means Dr. Franklin Ruehl, Ph.D., whose legendary sci fi and paranormal show, Mysteries from Beyond The Other Dominion, has been a vital part of alternative culture for more than two decades, will lose its television base.

Dr. Ruehl sent us this requiem for his dream:
The Quietus of A Grand Era!
by
Dr. Franklin Ruehl, Ph.D.

A weekly series! Numerous specials! Wide-ranging pilots! These are among the many and varied projects that I was able to produce over the past 24 years on public access in southern California. But sadly, the public access era is coming to an abrupt end as of December 31.

I just taped my 349th and last episode of "Mysteries From Beyond the Other Dominion" the other day for airing in December. No additional production dates are available. No longer will individuals such as myself be able to express their creative drives in television productions in a professional setting at a very modest cost. Indeed, the only expense entailed purchase of professional 3/4-inch tapes (recently replaced by DVDs). 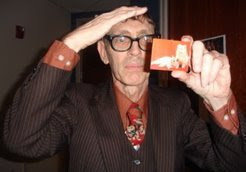 When I started out in 1984, all but 1 of my 1st 100 episodes were produced in a small room (the satellite studio for Century Cable in Sherman Oaks) with just a single cameraman and hand-made credit placards that I pieced together myself. Actually, despite my profound lack of artistic ability, those amateurish placards still look pretty good today!

As we had limited facilities, with no VHS recording capability, I could only record the episodes on my own audio recorder. My mother co-hosted the show for the initial six episodes, but bowed out after that, disappointed that a national network had not picked up the show!


"...That has been one of the primary
virtues of public access:
to permit individuals to express
their creativity and determine
if television production is really for them.
It has allowed everyone who has had even
the slightest scintilla of a dream
of entering the TV production realm
to try his or her hand at it."

Just as I had completed my 100th episode, the outlet was closed in 1987, but, coincidentally, United Artists Cable was just gearing up its public access facility in nearby Van Nuys. I got in on the ground floor there, and while we bounced around from one room to another, including using the green room and kitchen for some shoots, the production values were somewhat improved. But still, Hollywood was not calling.

When I guested on the Pat Sajak talk show, the segment producer asked me if I was not tired of doing the show after five years, still confined to the public access arena. I replied that I loved every aspect of producing my programs and would continue as long as public access existed!

Fortunately, a write-up on my program appeared in the "Characters" section of L.A.Style Magazine, and a chap (Marc Lafia) leafing through it searching for photos shot by a friend of his noticed the entry concerning me. He and his associate (Todd Stevens) were looking for a TV show to develop and soon thereafter produced a number of pilots of my show. 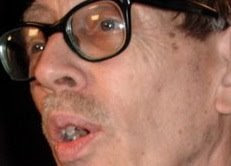 Unfortunately, none was picked up, so Todd, with his contacts, became an associate producer on "Major Dad" in its penultimate season, shooting at Universal. He showed my tapes to Michael Lansbury (nephew of Angela Lansbury), head of new programming, and incredibly, within a few months, Universal and USA Network jointly purchased the fledgling Sci-Fi Channel which the creator could not get off the ground.

Because of Todd's connection, my program was one of the four new shows to premiere on Sci-Fi when it was launched in September of 1992. This was a classic case of "not what you know, but who you know"! And I can definitely attribute this degree of success to having my program on public access!

However, despite enjoying the highest ratings among the new entries and Universal execs praising me, the show was not renewed beyond 1994. So I returned to public access where I have been ever since, with more sophisticated equipment involving three-camera set-ups and multiple roll-ins, endeavoring to rematerialize on the national scene.

But with the quietus of public access, those forlorn hopes have apparently been dashed to the ground. While I produced 349 episodes, and some individuals a far greater number, the vast majority of producers have created far fewer. Many, for instance, have tried their hand at it and left after only one or two or a modicum of shows.

But that has been one of the primary virtues of public access: namely, to permit individuals to express their creativity and determine if television production is really for them. It has allowed everyone who has had even the slightest scintilla of a dream of entering the TV production realm to try his or her hand at it. It will truly be missed.

Personally, I have not yet come to grips with its loss, as I am always researching material for forthcoming episodes, and thinking of possible ways to enhance the show. It represents an essential part of my life which is now being replaced with an enormous void that cannot be filled.

But I am genuinely grateful that I at least had an opportunity to partake of it while it existed.

May the Power of the Cosmos be with You!

Dr. Franklin Ruehl, Ph.D.
Dr. Ruehl carries on with his popular Realm of Bizarre Newsspots here on Tabloid Baby and other Internet locations. He will always have a home here-- though we know he will soar far higher! May the power... of the cosmos... be with him!