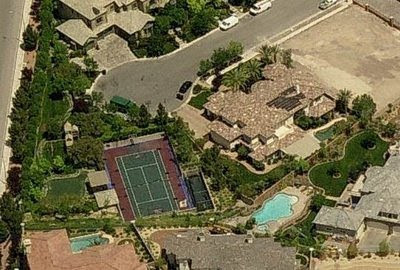 The mansion in which Danny Gans died has been sold, cutting another tie between the family of the late Las Vegas superstar and the city with which he'd been identified for more than a decade.

Coldwell Bankers announced that the lavish estate owned by Gans and his wife Julie was sold quietly this week to a couple from California. Reports say they paid about $9 million for the 9,400-square-foot French-chateau styled main residence on 2.57 acres in Roma Hills in neighboring Henderson, Nevada.

Gans designed the estate, which includes a guest house house, built atop of basement garage in which Gans kept his collection of 20 cars. 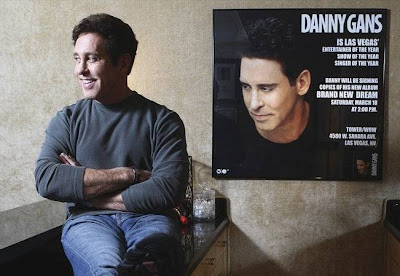 Coldwell coordinated the estate sale in conjunction with the auction of a dozen of Gans’ cars and bikes by the Barrett-Jackson auctioneers (the lot fetched about half a million dollars).

Gans' wife and three kids pulled up stakes and moved to the Los Angeles area shortly after Julie Gans called 911 to report she'd found the superstar musical impressionist was found dead in his bedroom in the early hours of May 1, 2009. The charitable, athletic Born Again Christian and family man overdosed on hydromorphone, a powerful opiate sold as Dilaudid and known on the streets as "drug store heroin."
Posted by tabloidbaby at 10/30/2010 08:03:00 AM

another brilliant talent who didn't think they needed AA. "I can manage this, and I'll stop when it gets really bad" is the great mantra of all alcoholics.

His "On Golden Pond" tribute was great and his George Burns was outstanding.

My condolences to the Gans family, and to all the families that are affected by the disease of alcoholism.....