Art Vargas brings touch of Prima to the Palms 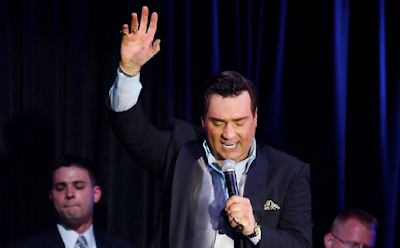 Art Vargas himself summed it up in hipster code for his Facebook friends early this morning: "Mondo Lounge was a gass!... Swingin time with the swank set... very cool crowd, swank settin' hipsters... diggin the scene, layin it down old school style... like no other dig it the most daddy!"

The red hot Vargas brought down the house at the Palms' Key West ballroom in Las Vegas last night, working the Mondo Lounge convention crowd and giving bookers, agents and tastemakers another solid reason why the man who's played the big rooms reviving the ghost of Bobby Darin while working lounges and bistros with his own retro-themed classic Vegas act, deserves a showroom of his own, his name on a giant marquee and billboards in and on the way from the airport as big and ubiquitous as Danny Gans'.

And while Vargas has the potential to take Danny Gans' role as the living embodiment of Las Vegas entertainment, the mantle he's really in line to assume is that of Louis Prima, the all-round entertainer who turned the Vegas lounge into the center of Vegas cool, and deservedly ascended to headliner status. Nothing made that more clear by the guest shot in last night's show by none other than Prima's daughter, Lena. Lena, youngest daughter of Louis Prima and Gia Maione, has carried on with her Louis-centric career and is regarded as Vegas loyalty. 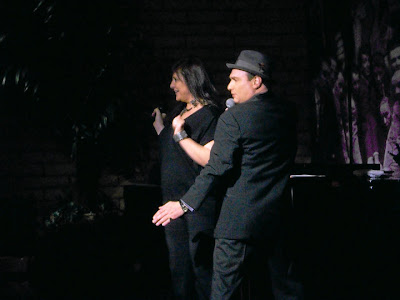 Posted Vargas: "What A GASSS it is performing with you Lena!! Lets build a barn and do a show! just like Mickey & Judy! you are great, you must have your dad's heart and soul, what a legacy, the passion and performance is so real, what a thrill, and the audience so loved it! It is magical ..."