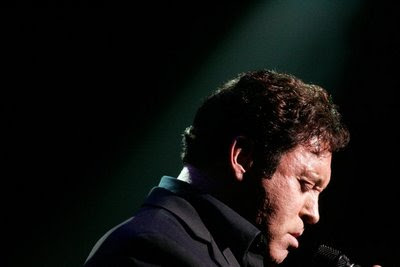 In a shocking interview with the Las Vegas Sun, Danny Gans’ manager has raised disturbing new questions about the circumstances of the musical impressionist’s drug-related death.

Chip Lightman, who was first to receive word from Gans’ wife Julie that the Las Vegas Strip star had died in his bed early on the morning of May 1st, indicates that Gans may have died hours earlier than police reported, and that Julie Gans phoned Lightman a half hour before she called 911. 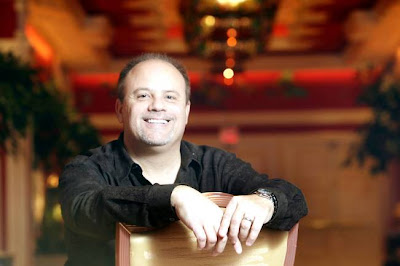 According to the incident report from the Henderson Police Department, Gans’ wife Julie (“Julia”) awoke “at approximately 0340 hours… and realized Daniel was no longer snoring. When Julia checked on Daniel she realized he was unresponsive and she could not tell if he was breathing and or if he had a pulse.  Julia immediately called 911.”

Lightman, however, tells Sun columnist John Katsilometes that Julie Gans called him at 3:15 a.m., and told him that Gans had died “a couple of hours ago.” 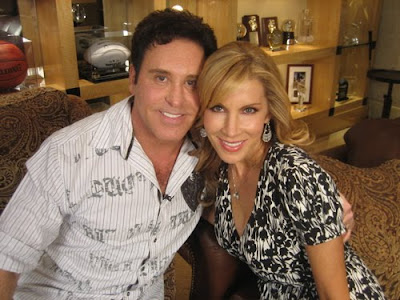 Lightman also responds to a question Tabloid Baby first asked in the days following Gans’ death: why he immediately phoned Alicia Jacobs, the beauty queen turned local entertainment reporter who flaunted her close relationship with Gans, to inform her of Gans' passing.

“I had collected my thoughts, and I thought, ‘OK, how do I get the word out? Do I get Steve Wynn up at about 4 in the morning and tell him?  Or do I call (Wynn Las Vegas spokeswoman) Jennifer Dunne?  ... I finally just called Alicia.  She was the first person I thought of to get the word out, get it on the air, and I knew her number.  When something like that happens, you’re in shock.  Danny had just done an interview with her, and she was fresh on my mind when I thought ‘media.’  I thought, ‘I’ll just call Alicia.’  They were friends, too.”


Lightman’s latest statements are all the more disturbing in light of the fact that they come more than seven months after Gans’ death, with more than enough time to prepare his answers, and after he and others close to the situation have altered their stories more than once to fit new information and circumstances that arise. 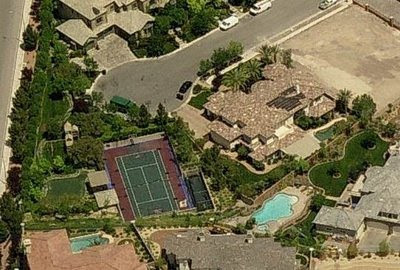 And while it's Lightman's backhanded swipe at Gans' widow in an interview to promote the Gans autobiography that stands out, Lightman's latest version also paints a very different picture of Gans.

While he once claimed that Gans seemed to be in perfect health in the days leading to his death, he now tells Katsilometes that the star was ill.

“A few days before he died, I said, ‘You don’t look like you feel well.’  He said, “I’ve been fighting something.  I’m just drained beyond drained.  My shoulder has been acting up, the kids are sick, everyone around me is sick.’  The Wednesday night before he died — we always sat and met before onstage, usually at 7:10 — and he didn’t look good.  He looked worn out..."

He admits that Gans may have been using steroids-- for his vocal cords:

"People said to me, when the coroner’s (report) hadn’t come out yet, 'We know he’s doing tons of steroids, and he had bulked up like the Hulk,' and all this stuff.  And you know, if Dan did that, he didn’t do it around me.  If Dan took any steroids, it was for his voice, to lessen the inflammation on his vocal chords...  He worked out five days a week, and he had a 2,000-square-foot gym at his house."

He even says Gans' Encore Theatre may have been cursed.

The Henderson Police Department investigation into Gans’ death was open for almost two months, but no criminal charges were filed.  We do not know if the police looked into the records of Gans' home or Chip Lightman's phone calls.

Julie Gans and her children moved to Los Angeles during that time.  Although the three teenage children have been brought out to speak with the media twice since the tragic death, Julie Gans has not been seen in public.

The Las Vegas news media as a group deliberately avoided any investigation of the circumstance of Gans' death or unexamined private life (Katsilometes wrote the day after Gans’ death about rumours of Gans’ steroid use — but never followed up), and Steve Friess, a local blogger, comp queen, New York Times stringer and close associate with Gans boss Steve Wynn, joined with Jacobs in a campaign to stop any investigation into the death and in fact, have this site shut down.

Public perception of the Born Again Christian, athletic, corporate entertainer has shifted in recent months with the revelations that a pharmacy co-owned by Gans marketed a male erection party pill.  Gans’ children, brought out to face the media last month to promote the recently-published autobiography, changed a story they’d told earlier to acknowledge that their father did take prescription medication.