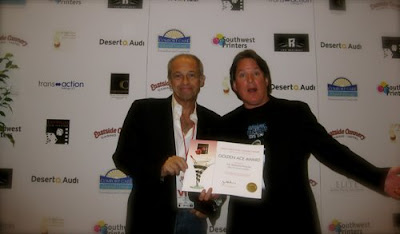 At a ceremony that included the raffle of breast augmentation surgery (won by a Tina Fey lookalike) and featured hundreds of independent filmmakers vying for attention, Frozen Pictures' Neil Innes biopic The Seventh Python was awarded the Golden Ace Award for documentary filmmaking at the second annual Las Vegas Film Festival. 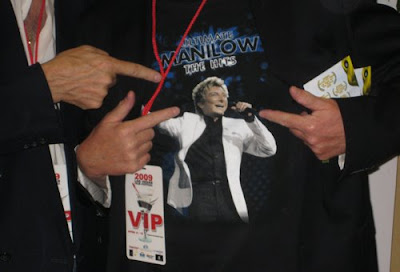 Frozen Pictures partners Brett Hudson and Burt Kearns bounded onstage to accept the award just hours ago at the Sunday night ceremony at the Eastside Cannery Hotel and Casino. "Thank you to the Las Vegas Film Festival. The very idea of the Golden Ace Award is a tremendous way to support and recognize independent filmmakers everywhere," said director Kearns, who was, for some reason, wearing a Barry Manilow t-shirt. "This film is about a man named Neil Innes, who is a brilliant songwriter and satirist. We hope distributors especially are curious to see it, and we'll see you next month at the Pacific Palisades Film Festival in Los Angeles." 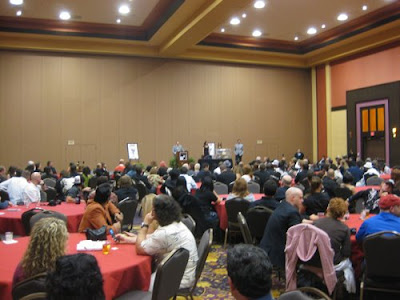 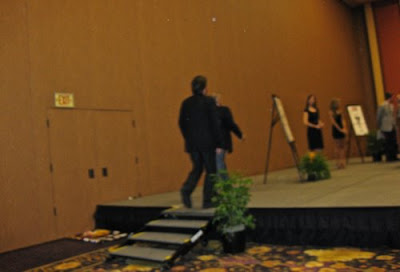 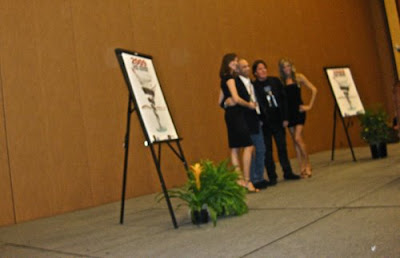 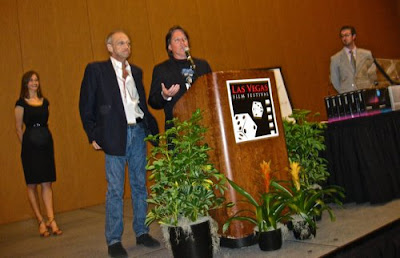 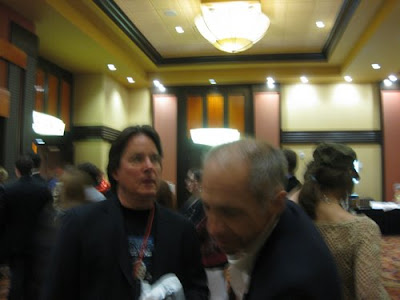 This just in: Seen in deep conversation with Hudson and Kearns earlier in the day and sharing the Frozen Pictures awards ceremony table with Kearns' wife (and Seventh Python supervising producer) Alison Holloway was Las Vegas-based film and television producer and music impresario Jerry Peluso. Peluso, who was a producer on Frozen's 2006 documentary feature Basketball Man, told our Sam Peters that he and the Frozen team have agreed to collaborate on an as-yet-unnamed music-related film project that he wants to see completed in time for release on 09.09.09.

Watch this space as details develop.

Huzzah!!! You guys looked fantastic accepting your much deserved award!!! Congratulations for this one....and I know there are many more to come in the future!!