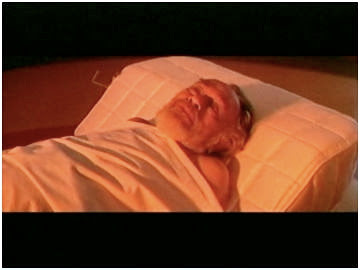 The claims that the nomination of TabloidBaby.com for its exclusive, groundbreaking coverage of the United States-based effort to plant professional baseball in Israel was blocked unfairly by Pulitzer administrator Sig Gissler (before the Pulitzer committee could see or judge it) is supported by other coverage and statements by Gissler himself.

Tabloid Baby’s nomination was encouraged by the Pulitzer committee's December 8th announcement that the 2009 entry field would be expanded to include "news organizations that publish only on the Internet." No Internet-based news groups, however, were among the Pulitzer winners, and in announcing the prizes yesterday, elderly former print journo Gissler admitted that the awards were a sop to the ailing print industry. 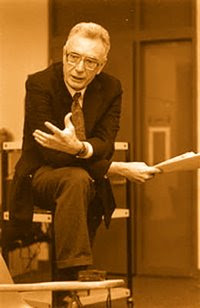 “The strength of the prize winners' work shows the power and significance of print journalism, said Sig Gissler, administrator of the Pulitzers.

“Newspapers are suffering badly in the recession, with massive job losses, elimination of sections and cancellation of home delivery. A few have ceased publication, slashed salaries and filed for bankruptcy.

“None of the prizes went to stories about the economy or the financial crisis..."

The same Reuters dispatch shows that gatekeeper Gissler and the committee may indeed have been biased against the word “Tabloid”— not to mention this site’s praise of Rupert Murdoch as a champion of journalism (and former boss):

“The Wall Street Journal, one of the nation's most prestigious daily papers, did not win a prize this year.

“The paper has not won a Pulitzer since Rupert Murdoch bought it through News Corp's purchase of Dow Jones & Co in December 2007. In the previous 10 years, the Journal won Pulitzers in all but two years.”

Ultimately there were no online winners in the 2009 Pulitzers.

“There were 65 online-only entries this year, the first time it was allowed, but 21 were rejected because they came from news sites that do not do ‘primarily’ original reporting and are mainly ‘aggregators.’"

TabloidBaby.com, it should be pointed out, is not an "aggregator," and has been lauded for its original reporting— reporting that is all too often stolen by the print media without attribution. It has in fact, called out major newspapers for doing so-- which may have been another factor in Gissler's decision to cut off Tabloid Baby's nomination at the knees. 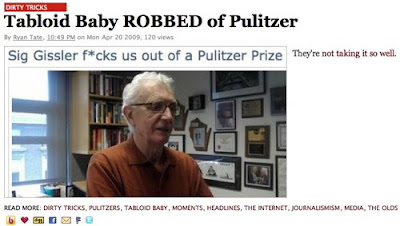