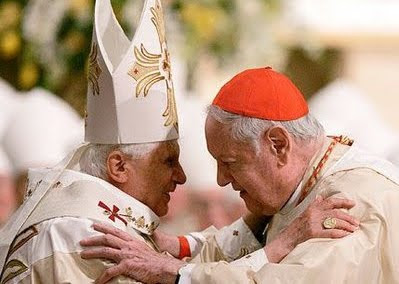 The United States Supreme Court today rejected a request by the Roman Catholic Diocese of Bridgeport, Connecticut to delay the court-ordered release of thousands of legal documents from lawsuits filed against priests accused of child sex abuse.

The diocese has been fighting for seven years to stop four newspapers, including The New York Times, from getting their hands on more than 12,000 pages of depositions and church records.

The diocese has also asked the justices to hear arguments that release of the records would violate the First Amendment rights accorded to religious groups. But in light of today's ruling, a hearing on that one appears unlikely.

The records were obtained by plaintiffs in 23 lawsuits (former altar boys and youth group members who said they were molested by priests in the 1960s, ’70s and early ’80s) filed against the diocese and seven of its priests in the 1990s, during the tenure of Bishop Edward M. Egan, who was later named the archbishop of New York. The cases occurred before Bishop Egan’s arrival, but advocates for abuse victims say that as bishop of Bridgeport, he shuffled priests accused of abuse from parish to parish.

This is the same guy and diocese who've banned the song Danny Boy from Irish Catholic funeral masses.
Posted by tabloidbaby at 10/05/2009 10:43:00 AM