Exclusive video! The Seventh Python brings down the house at the NY Metro Fest for Beatles Fans! 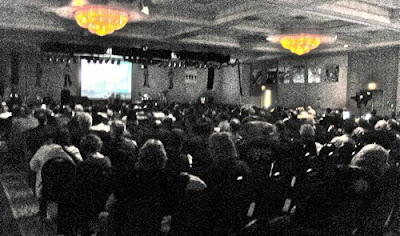 Hundreds of people and Neil Innes himself got up early for the East Coast premiere of The Seventh Python at the NY Metro Fest for Beatles Fans in the NJ Meadowlands this morning. The 11 am showing of the Innes biopic from our pals at Frozen Pictures was introduced by a freshly-roused Innes, director Burt Kearns and producer Brett Hudson, and drew loud laughs, applause and a sustained ovation at its conclusion (see video below) in a packed Grand Ballroom of the Crowne Plaza Hotel.
"If this screening did one thing, it reaffirmed what the Chicago Beatlefest screening showed-- that this is one crowd-pleasing flick!" said our Sam Peters, who was there. The Fest continues with a second screening and panel discussion including Innes, Kearns and Hudson-- himself a Fest favorite as performer and personality with his brother Mark, two-thirds of the legendary Beatlesque and Lennon-palling Hudson Brothers. 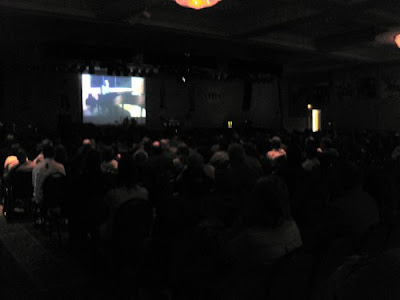 The kudos are well-deserved...it's a brilliant film!