Exclusive! The Seventh Python a hit at Beatles Fest


This exclusive video shows the audience response to the closing moments of The Seventh Python, the new Neil Innes musical biopic from our pals at Frozen Pictures, at its special 11 a.m. showing this morning at the fest for Beatles Fans in Chicago. More than a thousand fans crowded into the Rosemont Ballroom for the exclusive screening, and the response was overwhelming. 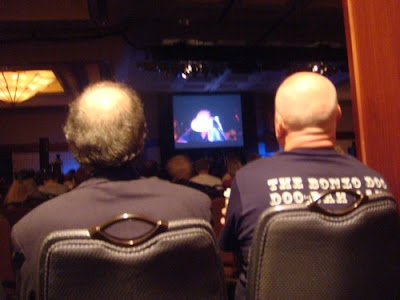 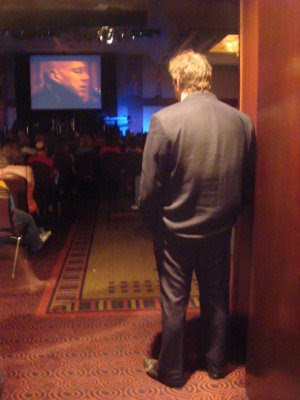 Martin Lewis, Beatles Fest emcee and
curator of the American Cinematheque's
Mods & Rockers Film Festival that had
The Seventh Python's world premiere
as its opening selection, has another look. 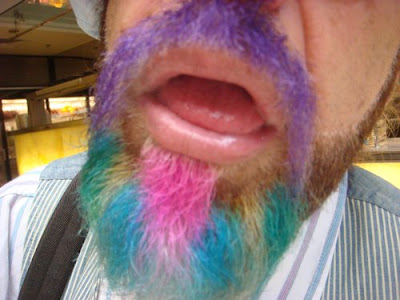 Musician, songwriter and producer Mark Hudson
is caught watching The Seventh Python at its
Chicago fest for Beatles Fans screening
Posted by tabloidbaby at 8/09/2008 11:06:00 AM