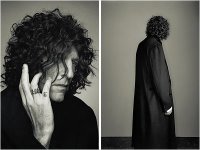 Howard Stern has five radio shows to go before he possibly disappears from the mainstream public eye and ear (I’ve checked out some of that Sirius equipment at Best Buy and it looks like a lot of work that only a month of bad car radio will force us to look into). Howard's goodbye seemed to peak the week before his Thanksgiving vacation, but this last week of shows will be historic in any case.

We’ll miss him. In the meantime, what’s the future of radio?

The view from LA: 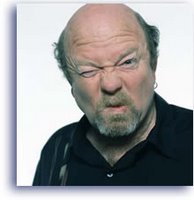 Phil Hendrie: He may be the most brilliant talent in all of show business right now.

And his take on the talk show never gets boring. 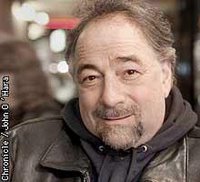 Michael Savage: The most hilarious radio personality out there.

Savage is a lunatic, and his hair-trigger ascents to screaming rants are hysterical.

It doesn’t matter what side of the political spectrum he’s from. 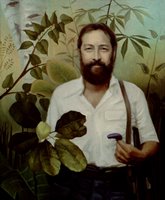 The fact that his real name is Michael Weiner and that he once ran a flower shop and wrote love letters to Allen Ginsberg only adds to the wackiness. 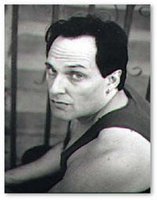 Johnny works himself up into his own rages on the air, but it’s absurdity and unfairness that gets him going. He’s on the local Air America station, and his audience and scope will grow. 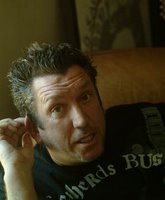 Steve Jones: Punk rocker turned Sunset Strip guitarist turned rock ‘n’ roll deejay. They give him a sidekick to translate his Cockney mumblings, but his snorting, farting, gurgling amateurishness is part of what keeps us tuned in. He plays old music hall & Benny Hill 45s, then picks up an acoustic guitar and bangs out a rock ‘n’ roll parody in the key of the original that follows. Inspired casting.

Mancow: First of all, that name is very disturbing. Man Cow. Supposedly it’s a nickname from college, but it brings to mind a hermaphroditic guy with breasts (which, photos indicate, he does indeed resemble). I don’t get it. And I don’t get the Mancow act. His show reeks of racist, homophobic, jock-sniffing, evangelical Christian right wing creepiness, it’s always got this Nazi heavy metal guitar crunching in the background, he’s got a guy who imitates Lewis Black, prank phone calls that aren’t funny, and when he’s not picking on poor people like New Orleans victims, he’s saying degrading things about his wife. He tries to be Howard, but he’s the anti-Howard. This guy really blows.

John & Ken: These reactionary nitwits play up racism and anti-immigrant hysteria for ratings. We hope Tookie Williams escapes from prison and climbs into their bedroom windows. That would make good radio.

Sean Hannity: I don’t believe this guy is a true conservative. I think he’s a college radio dork who jumped on the conservative bandwagon because he didn’t fit in with the music hipsters and came up with an angle. When he slips in references to his good pals Ollie North, Charlie Daniels and Phyllis Schlafly, this literal lowbrow reveals how out of touch and stupid he is. 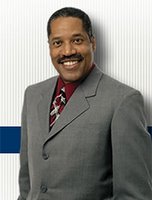 Larry Elder: Listen to his show and realize he’s the one major league talk show host who yells at, then hangs up on, his listeners when they make good points that disagree with his. He seems to be afraid of real debate and his bits with his mother are not revealing. Dull.

Conway & Whitman: Tim Conway Jr. and his partner Doug Steckler worked a long time to develop a very dry comedy chemistry that even took the edge off their “What the hell is Jesse Jackson saying?” bit. It worked because Steckler was a weird old guy who’d last touched the big time writing for SCTV more than twenty years ago, and Conway was, well, Tim Conway’s kid who spent his days at the racetrack. Then, weirdly, Steckler quit or was fired and Conway just carried on with a new partner, radio voice man Brian Whitman. They still do the Jesse Jackson bit (and for some reason they use this really heavy compression on their voices, making them sound like they’re caught in Cousin Brucie’s echo chamber). But they're just a dull radio team, two contemporaries teamed arbitrarily like "Frosty, Heidi & Frank" or Peter Tilden and his cohorts on the country station.

At least Tilden is a lesson in how not to lose your dignity or patronize your audience when your situation changes. He made his reputation doing smart talk radio. He became a morning country music jock. And he doesn't sound like a country jock. He sounds like a smart talk radio guy. But he plays it straight. And funny. Too bad most of the music is terrible. But that's a different story and it's coming from a country fan.
Posted by tabloidbaby at 12/11/2005 09:00:00 PM

Mighty kind of you.

So who knows what happened to Sreckler? The show sucks now sadly

Yeah it's true, Conway & Whitman suck big time now that Doug Steckler is no longer a part of KLSX. I don't know the GM of 97.1 was thinking when they let Doug Steckler go. Also that stupid sounding mama's boy that took the place of Malibu Dan really sucks! I think the him Gerry the producer. He's a real loser, makes the show sound really gay.

This site is a joke. If you don't think FHF and Conway and Whitman are funny then you should all die.

seriously...you guys are all so fucked up...they are still pretty hilarious so if you don't think they are, fuck off everyone

Steckler was hilarious and brilliant. His humor was/is?way too sophisticated for the average idiot that listens too 97.1,that's why he's gone. A better team would actually be Steckler & Whitman. Conway is just too simple and blue collar.
Where are you Steckler?????????

^^^ Frosty Heidi and Frank? Are you joking? That has got to be the most unfunny horsecrap i've ever heard in my life.

Their voices are horrible and their jokes are so unfunny and consistently unfunny that i wonder how they got the job or even stay on the air.

you deserve a wedgie of the atomic variety.

well whitman's gone now. i liked c&w. and honestly FHF is hilarious and prob have the best chemistry out of any radio talk show, it's pretty hilarious that there are actually idiots out there who don't find their show funny. try finding a sense of humor.

Bye, 97.1. The new format is, of course, horrendous. Anyone know what Steckler is up to now?

Since we're all doing hypotheticals here...The only sad thing about Conway & Whitman was that it had just a short time to develop. When Steckler was gone, I did stop listening. But once I gave Conway & Whitman a chance, I realized its greatness as a show with a different identity. Call Conway 'blue-collar', but the dude can flat out anchor a show. Steckler ain't comin' back. Even if he did, at this point I would still want Whitman on board as well...he's too good...on his Leykis alone. Combine Conway & Whitman with the Show Conway had developed on his own for nearly a year (especially with Arsenio)...you'd have one of the best shows on radio.

Ok, the last comment on this board was Feb 09. Wow. If a word is typed into the webosphere on this blog, will it be read, or will it just float for years unread?

It's now Aug 2011 and Jon and Ken are still the best show on radio. The racist moron that wrote the article can suck my dick. Conway is back with Steckler on KFI, following Jon and Ken in the evening slot. Easily the slickest, funniest show on the air. Sadly, the truth is the average Joe wouldn't get most of the dry, sophisticated humor and spot on timing these two share. That's the sad reality that faces the good ones. They appeal to the minority of higher thinking individuals.